Gingivitis can form from a build-up of plaque around the teeth, and bleeding gums is one of the most likely initial symptoms. Although the majority of gingivitis symptoms are usually painless, and thus it is possible to be unaware that you have the issue. Subsequently, impeccable oral hygiene as well as regular dental visits and cleanings are essential at this can help treat and potentially reverse the disease.

This stage of periodontal disease is not reversible; however, it can be managed. At this stage, the infection has reached bone and consequently has started to destroy bones. The bacteria become more destructive, and subsequently led to bone loss. Any treatment used will need to involve extensive cleaning of the gums to remove the deeply rooted bacteria deposits.

At this stage of periodontal disease there are more probing depths, and subsequently even more bacteria can attack the bones and the blood stream as well. Treatment will be similar to slight periodontal disease; however, cleaning will need to be deeper.

This is the final stage of periodontal disease and at this point the infection has evolved into disease-causing bacteria. This can lead to several issues as gums which ooze pus, teeth significantly loosening, severe pain when chewing, and major bone loss. At this stage surgery is a necessity, as if left untreated then it can cause gaps between teeth, requiring dentures, recession of gums, or further serious health problems.

What are the symptoms of periodontal disease?

The symptoms of periodontal disease can often not be immediately noticeable, and subsequently you may only spot the disease once it has reached an advanced stage. This makes regular dental visits and maintaining impeccable oral hygiene at all times, essential. Some common signs to look out for regarding periodontal disease are:

Treatment for Periodontal Disease depends on the severity of your case, but may include dental cleaning, scaling and root planning, flap and pocket reduction surgery, or bone and soft tissue grafts.  The treatment you require will depend on what stage of the disease you are at.

Whatever, stage you are at, we can help you restore your gums back to health. Call our friendly team today, and we’ll do the rest. 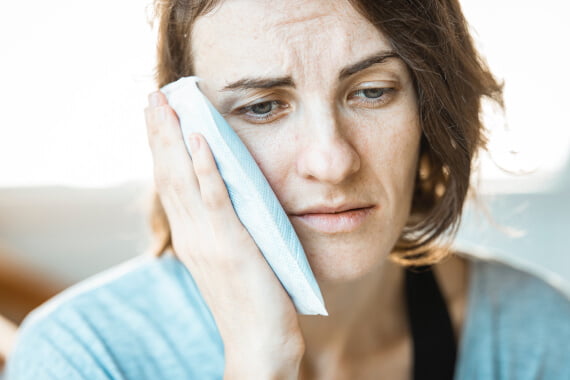